Modesto, CA - NOVEMBER 20: Shawn Rocha, Laci Peterson's cousin and her mother Sharon Rocha share a laugh as she gets on his motorcycle before the Laci Peterson memorial ride in Modesto. Behind them is Laci's brother, Brent and his wife Rose. Over 2,000 people take part in the second annual Laci Peterson Memorial Motorcycle ride in Modesto, California on Saturday November 20, 2004. Laci was murdered along with her unborn son, Conner in December 2002 by her husband Scott Peterson who was found guilty of first degree of murder by a San Mateo, California jury on November 12, 2004 and could face the death penalty. Photograph by David Paul Morris 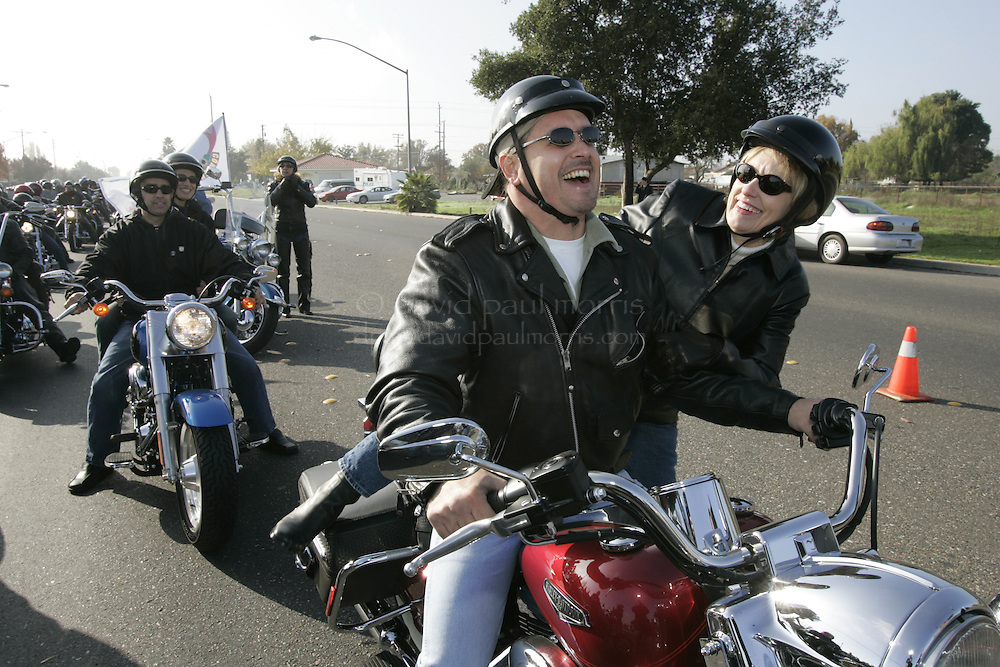