SAN FRANCISCO, CA - DEC 11: Democratic presidential hopeful Hillary Rodham Clinton attends a fund raising event with billionaire investor Warren Buffet at the Hilton Hotel on December 11, 2007 in San Francisco, California. The question and answer session was a fundraiser that brought in $1 million for Clinton's campaign. Both Buffet and Clinton warned of the dangers of a growing gap between rich and poor and a tax system that helps people Buffet called "these super-rich" and leaves everyone else behind and gave examples using his own tax experience. Buffet indirectly blamed the Bush administration for a tax code that he called " out of wack. (Photo by David Paul Morris) 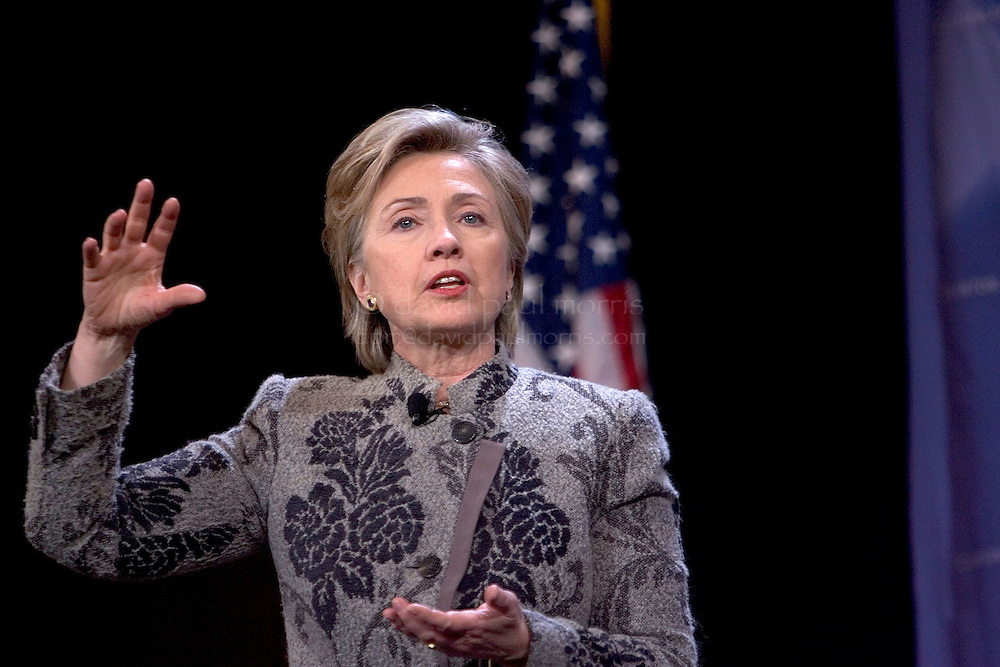