SAN FRANCISCO - JANUARY 10: People check out the new iPhone on display at MacWorld on January 10, 2007 in San Francisco, California. The device which is controlled by a touch screen is set to launch in June 2007. It will play music, surf the Internet and deliver voice mail and e-mail. After rising 6 percent on Tuesday, Apple shares gained 4.79 percent, to close at $97 on the Nasdaq Stock Market on Wednesday. (Photograph by David Paul Morris) 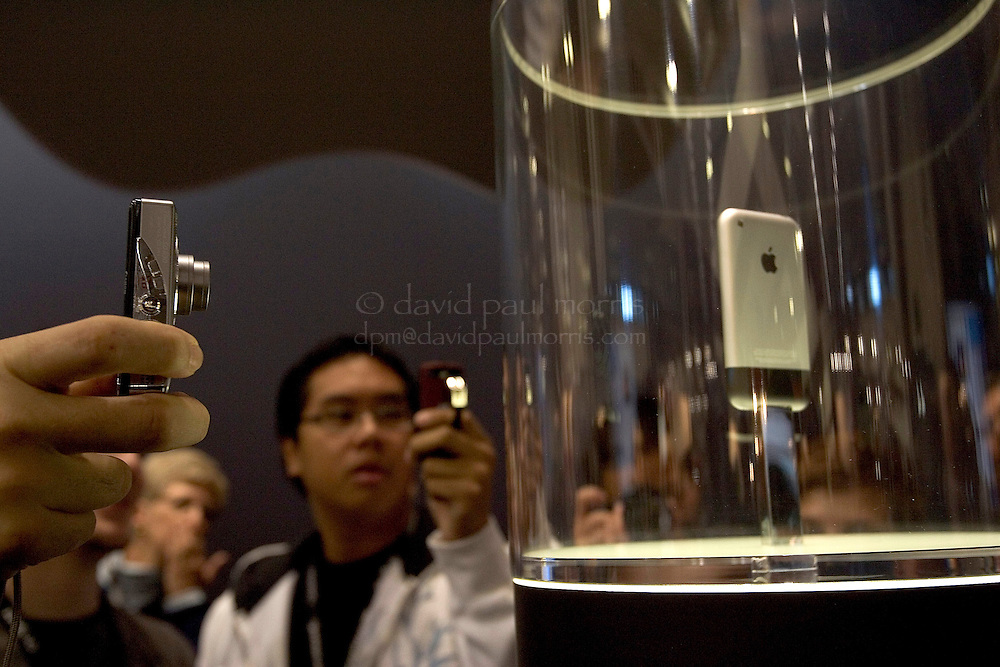