HONG KONG: Former Hong Kong Governor Chris Patten speaks with former Chief Secretary Anson Chan as Lavender Patten looks on in Central Hong Kong. Patten was the 28th and last British Governor of Hong Kong from 1992 until the handover on July 1, 1997. During his 5 years in office his most controversial actions related to the election of the Hong Kong Legislative Council. Legco members returned in 1995 were originally to serve beyond the handover, thereby providing institutional continuity across the reversion of Hong Kong to China. He was fairly popular as a governor and the people in Hong Kong affectionately nicknamed him Fat Pang or Fei Peng, making him the first and only governor to have a Chinese nickname. (Photo by David Paul Morris) .. 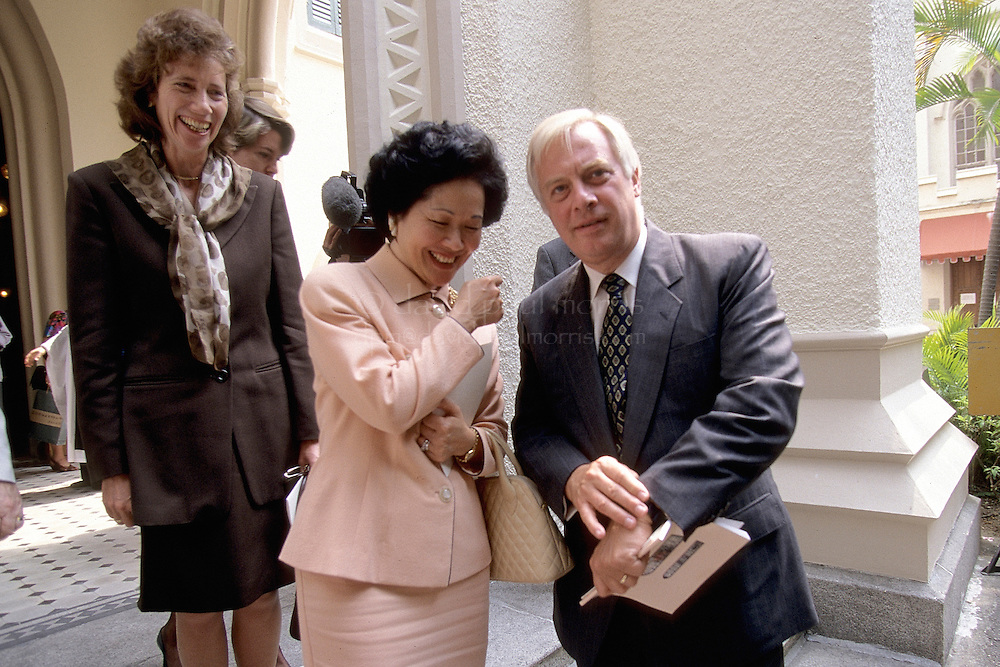