SAN JOSE, CA- FEBRUARY 2: Al Gore, Jr. 45th Vice President of the United States delivers the keynote address at the 2007 State of the Valley Conference in at the San Jose Convention Center on February 2, 2007 in San Jose, California. Gore, who was nominated for a Nobel Peace Prize on February 1, 2007, is the author of the bestselling book 'An Inconvenient Truth' which is now an academy award nominated motion picture. He talked about global climate change after a recent report from the world's leading climate scientists and government officials in Paris suggested that humans were the cause of global warming. (Photo by David Paul Morris) 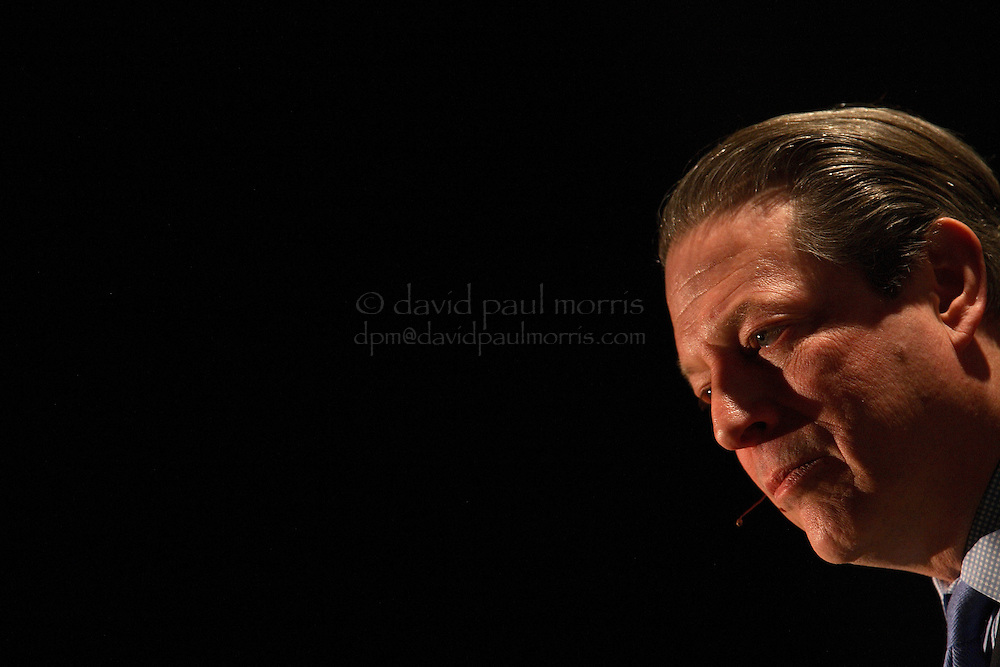